What You Should Know about Languages in Morocco

Unless you already speak Arabic, you may be wondering how to best communicate with locals when you travel in Morocco. As with any population, Moroccans tend to appreciate visitors who attempt to speak their language. However, in Morocco, Arabic is not your only option!

English is an emerging language in Morocco, especially in the larger cities, where English speakers abound. You will find people with a good level of English working at museums, tourism companies, hotels (mid-range and above) and tourist-oriented restaurants. As English has become the go-to travel language for many nationalities, most places all tend to have staff available who are skilled enough in English to at least discuss their services and pricing. Similarly, many merchants in the Fez and Marrakesh medinas know enough English to call out for your attention and negotiate a sale.

Despite this, few restaurants seem to offer menus in English, regardless of where you are. And most taxi drivers, even in larger cities, speak very little (if any) English. So, though there are English speakers to be found, English still is not one of the most common languages in Morocco.

That said, English is growing in popularity among educated youth. It is among the languages introduced in public primary schools, and it is on the rise in private schools. However, as you start to wander away from the larger cities and tourist attractions, English quickly becomes less common.

If you intend to travel independently or explore less-frequented areas of the country, basic phrases in one of the more common languages in Morocco come in handy.

France and Spain controlled Morocco in the early 1900s, and though Morocco gained independence in 1956, French remains widely spoken by Moroccans of all ages throughout much of the country.

It functions as the language of government, diplomacy and business. Primary schools introduce French to students in their third year, increasing its use every year into secondary school and employing it as the language for teaching scientific subjects. Universities embrace French as their primary language of instruction.

Though not as common in villages and remote areas, cities of varying sizes have French-speaking taxi drivers, restaurants with menus in French, and sometimes even French street signs.

Even if you only took a year or two of French in school, you may find it well worth your time to brush up on the basics just enough to master a few words and refer to a French phrasebook with ease. And speakers of other romance languages may find it easier to familiarize themselves with a little French, compared to picking up some Arabic.

While France served as the protectorate in the middle of Morocco through the first half of the 20th century, Spain was the protectorate in the North and South. Spanish is somewhat still more common in these regions, such as Tetouan, Chefchaouen, Tangier in the North and Sidi Ifni in the South. The Spanish had a great influence on these regions, least of all with its language. Spanish be a helpful communication supplement when attempting to make reservations, navigate transactions and understand directions. It’s especially handy if you opt to hop over one of the land borders into Ceuta or Melilla, both autonomous Spanish cities on Morocco’s northern coast. 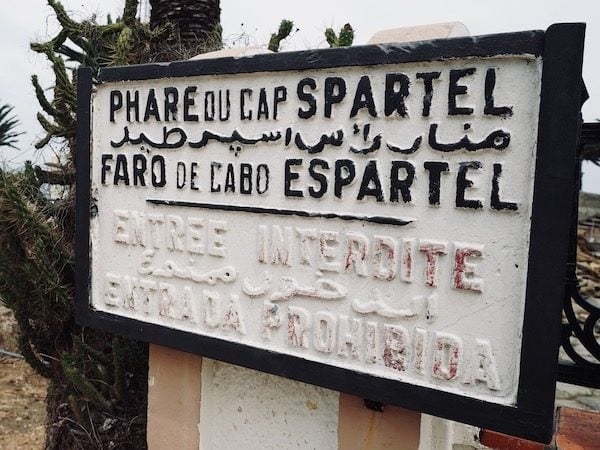 Tamazight is the indigenous language in Morocco

The Amazigh, often better known as Berbers, are the indigenous people of Morocco. They live throughout the country, though their main hubs are the Rif, Middle Atlas and High Atlas mountain ranges that form the spine of the country. In Morocco, three major regional dialects of the indigenous languages exist, though there are many more. Moroccan Arabic (Darija) is widely spoken among the population and a few Moroccan guidebooks provide a few phrases in various Berber dialects for those who opt to travel to the most remote, predominantly Amazigh, areas of the country.

And of course, it never hurts to attempt a few words of the local dialect when you’re in those regions—even if just please and thank you. After all, nearly everyone enjoys a visitor’s attempt at the local language. A simple effort often leads to a warm reception and a bit of friendly conversation.

Recently, the language of the Amazigh was codified and is now one of two official languages of Morocco.

Morocco’s other official language, unsurprisingly, is Modern Standard Arabic. This is the standard Arabic spoken by much of the Middle East. However, this type of Arabic is not generally spoken around the country. Morocco’s unique dialect of Arabic — known as “darija” — is what the vast majority of the population speaks. This is an Arabic unique to Morocco and generally not understand by native Arabic speakers from other countries. In fact, even in Morocco, darija varies greatly from region-to-region with a very large difference noted between the north and the rest of the country.

If you opt to learn basic Arabic in preparation for your trip, make sure you learn Moroccan Arabic, specifically. While Moroccans generally understand standard Arabic, it may not help you understand Moroccans when they speak back to you in their local tongue!

Although learning some Darija can help you communicate more easily throughout the country, it is not absolutely critical for enjoying your visit. If you can speak some French, are skilled with animated gestures, plan to stay in large cities or tourist mainstays, or have other arrangements to help you get around (e.g., traveling with a guide or tour group), then you’ll do well with a few simple words that simply show that you’re willing to try.

Written by Shelley A. Gable, instructional designer and freelance writer.